Many people have asked us "where can we find a good coach?" or "who else is coaching actors in Hawaii?" We have found the answer for you. Divergent has reached out to many reputable acting coaches in Los Angeles and they are willing to help our local actors via distance learning, online classes and workshops, and intensive courses.
Acting coaches are the keys to unlocking your acting talent; they can be the yin to your yang; the missing puzzle piece to achieving your maximum potential. An acting coach can be all these things, but finding one that’s trustworthy, well-versed in the business, professional, well-suited to your needs and personality is as important as remembering to bring your headshot to an audition.
See the list below of the acting coaches that are ready to help you.
Rates are LA market rates

I graduated Ithaca College and did my graduate work at Brooklyn College majoring in Speech Pathology and Audiology.  Little did I know that the knowledge I learned from that profession would lead me into the world of auditioning.  It made sense however, as I saw so many actors struggling with using the script and being forced to memorize. In the 1970’s, I worked with hundreds of international actors and applied the “linking of words” to help actors reduce their accent.   It was during the late 1980’s that I opened up the Margie Haber Studio in Los Angeles and created the Haber Phrasing – an approach that has been revolutionary in the acting world.

The studio attracted incredible talent and gave me the opportunity to work with some of our finest actors – Brad Pitt, Kyle Chandler, Tea Leoni, Vince Vaughn, Mariska Hargitay, and Halle Berry.

​Non-Students $180.00 per hour
For students that desire an ongoing course. Please inquire within to get package rates or a cheaper discount.

Michelle Danner is considered one of the top acting coaches in Los Angeles  as well as film and stage director and  author.

It was her father, who opened the very first William Morris Agency in Paris, France, that instilled a strong passion and work ethic in her that has stayed with her throughout her life.

Voted favorite acting coach by Backstage readers. She was brought in for her expert coaching on the WB show The Starlet and was featured with Andy Richter on The Tonight Show with Conan O’Brien.

Michelle trained extensively in Paris and New York with Stella Adler and Uta Hagen. She was the Managing Director of the Larry Moss Studio since it’s inception in Los Angeles for 20 years.

She is the Founding Director of Edgemar Center for the Arts and raised $1.3 million to construct the two theaters and the art gallery at the Center. At the opening ceremony, Steven Spielberg commented, “Here we have a venue that can turn out some extremely experienced, daring and resourceful artists.” She is currently serving as Artistic Director and teaches ongoing acting classes in LA at The Michelle Danner Studio, housed at Edgemar.

A graduate of Boston University’s Film and Television program, Scott has more than 30 years of experience in the entertainment industry. He began his career in New York as a talent agent, where he helped launch the careers of many of today’s top stars, including Courteney Cox, Matt LeBlanc, Teri Polo, Christopher Meloni, Dylan Walsh, Jerry O’Connell and Vincent D’Onofrio, to name a few.

Diana attended The Fine Arts Center, a high school for the arts, in Greenville, SC before graduating from Florida State University with a BFA in theatre arts and a minor in vocal performance.

For almost 30 years, Diana has been mentoring talents in film, television, and theatre through her Imagined Life creative philosophy and practical application.

Diana Castle’s The Imagined Life - Acting as the Art of the Empathetic Imagination, is a creative philosophy and practical application of your natural empathetic imagination to the art of acting.

She teaches the art of the empathetic imagination with the focus on “illuminating alternative perceptions and possibilities of experience, facilitating catharsis and creating community through the widening of our empathetic embrace.”

CANCELLATION POLICY
SIDES COACHING: *24-hour Cancellation Policy* If you cancel your appointment
with less than a 24-hour notification, you will be charged for the session.
FULL SCRIPT COACHING: Payment must be secured when session is scheduled.
Your payment has secured your coaching session with Diana as well as her time preparing your script. If you cancel for any reason, the fee is non- refundable.

I went to Cornell University, got a BFA in Acting from NYU, and an MFA in Acting from The Yale School of Drama. That was followed by some regional theatre, tv and a nomination for an Outer Circle Critic’s Award while I ran the BFA Program in Acting at Marymount Manhattan College. There I created the Senior Showcase, which introduced a number of now well-known actors to the Business. I then moved to LA, booked a couple guest shots, some movies-of-the-week and a pilot and was, nevertheless, hopelessly miserable.

Anthony Meindl is an LA-based Writer/Director/Teacher/Founder of AMAW studios worldwide, with studios in LA, London, NY, Santa Fe, Vancouver, Toronto, Sydney and Atlanta. He has also taught internationally in Sofia, Rome, Capetown, Melbourne, and Paris. He has guest lectured at the Gaiety School/The National Theatre School of Ireland, the prestigious Moscow Art Theater, the Actors Centre London, and is the guest acting teacher at David Lynch's Masters of Filmmaking Program in Fairfield, Iowa. He is the author of three books: The best-selling At Left Brain Turn Right, Book The Fucking Job and Alphabet Soup for Grown-ups.

A graduate of the Strasberg Institute; she was mentored by Academy Award nominee Sally Kirkland and the late Joseph Bernard.

Zak Barnett is uniquely qualified to spearhead an organization that works at the intersection of entertainment industry success, spirituality and social activism. For the past 10 years he has become one of Hollywood’s most renown acting coaches, helping thousands of actors (aspiring, working, and celebrity) of all ages to artistic success and professional integrity within the industry. He has developed both a trusted name within the industry as well as a loyal following. This background is supported by an equally impressive seven years of developing and co-chairing the first BA, MA, and MFA performing arts program in the country focused on artistic experimentation, spirituality and social activism. His own studies and work as an actor, writer, and director have resulted in BA and MFA degrees in Acting, Playwriting and Directing as well as an award-winning theater company, a feature-length independent film, and professional acting work in both film and tv. Currently Zak has a dozen of his students working as series regulars on major television shows, as well as hundreds of others working as guest stars, costars, major roles in both studio and independent films, and on and off-Broadway.

My background is in theater. I am a proud founding and active member of the Elephant Theatre Company. I even came up with the name for the company. I was reading a book on Sam Shepard at the time, while directing one of Shepard’s early plays, “Red Cross.”   The book describes the time when Shepard was writing “Operation Sidewinder.”  The play needed a giant rattlesnake from outer space. Their means were modest back then, so Shep­ard was going to scrap the play. Famed director and Bob Dylan collaborator, Jacques Levy, said something like, “Sam, if you need an elephant on stage, we’ll find a way to put the elephant on stage.” It became our name — and part of my ethos. I was just in a world-premiere play at the Elephant called “Love Sick”  [extended through Nov. 5]. Yes, I really act, and I know how hard it is. I am also a casting director, acting coach, and teacher. Acting gives me the opportunity to say, “You’re welcome to come see whether I am full of shit or I can practice what I preach.” That element is thrilling.
I was thrown into casting. Over a decade and a half ago, I was a lowly production assistant, and that job was often abusive, grueling, and exhausting. It was also incredibly exciting and one of the most accelerated learning experiences I’ve ever had. At the time, I also co-wrote with my friend Mike Vaez and directed a play called “Half Way There.”   I invited all of the producers and directors I worked for to the play. On opening night we were sold-out and got a standing ovation. When I returned to work Monday, I was suddenly seen in a whole new light. The producers and directors I had worked for as a P.A. began hiring me as a talent coordinator and casting director. I always say, “Make your vocation your vocation — BEFORE it is your vocation.” I did that, and my career was then handed to me without my having to look for it.
Nobody mentored me as a casting director. Everybody just expected me to know what to do. I had been directing for the theater for about seven years by then, so I had that part down. The rest I learned from on-the-job experience. I always say, “If you’ve driven through a shit storm, then you know how to drive through a shit storm.” To be honest, my style of directing and especially teaching is more influenced by Lenny Bruce, Richard Pryor, and George Carlin.


Hello, I'm Jack Turnbull, owner of the Actorsite Awesome Acting Club. I've been training actors to success for over 25 years. I've designed the Actorsite Awesome Acting Club as a place where actors of all ages can feel safe to grow artistically and prosper professionally. I've worn a ton of hats in show business, but the one I have chosen as my passion is TRAINING ACTORS TO SUCCESS. If you need private skill coaching, audition coaching, or career counseling you can schedule through my coaching page.

Jamison Haase attended the University of Minnesota Duluth, received his BFA in Theatre and moved to Minneapolis shortly after. While there, he worked in theatre, commercials, and film.

He joined SAG and AFTRA and struck out for Los Angeles in January of 2000. After limited success, Jamison realized that his theater training had left him ill-prepared for the film and television industry. He focussed the next several years to training solely on-camera. He learned from other actors, casting directors, producers, writers and directors in the film and TV industry about what it takes to craft attention-grabbing powerful camera performances.

In 2007, Jamison opened L.A. On-Camera Training Center, where he shares his expertise and knowledge with other actors striving to work the industry. There, Jamison teaches the tips and techniques required for hour-long television and dramatic features. Using simple, practical on-camera and audition techniques, builds confidence and allows actors to be creative, in control, and powerful in the audition room and on set.

Over his career, Jamison has worked opposite Robert Duvall, Robert Downey Jr., Billy Bob Thornton, Cuba Gooding Jr., and Cliff Curtis. and has been seen in many films and television shows, notably recurring on 'THE LAST SHIP,' 'COLONY,' 'THE PEOPLE VS OJ SIMPSON,' ‘NCIS LA,' 'CASTLE,’ ‘BONES,’ ‘24,’ ‘MAD MEN,’ the feature films ‘THEJUDGE,’ and the fourth installment of the ‘TRANSFORMERS’ series.

We specialize in audition coaching and training (most especially in regards to camera work), but we also have many clients that we meet with for personal coaching to work on whatever they need.

THE LATEST MOST INOVATIVE
PLATFORM FOR ACTORS / CASTING / REHEARSAL
WEAUDTION 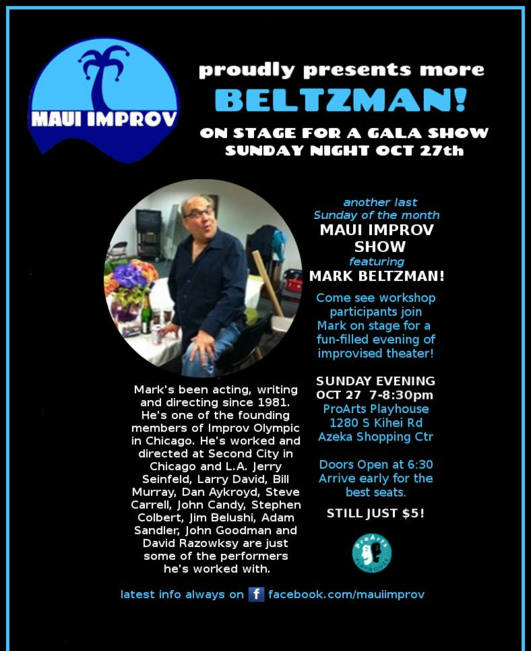 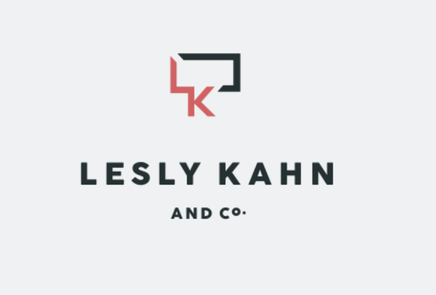 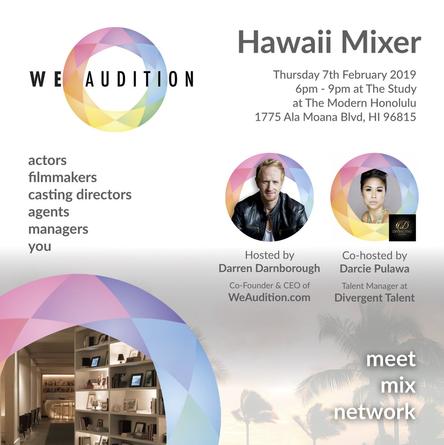 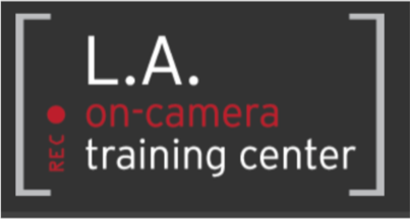 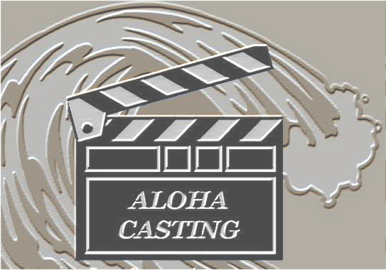